Foreign Correspondents in Paris -- For One Year! 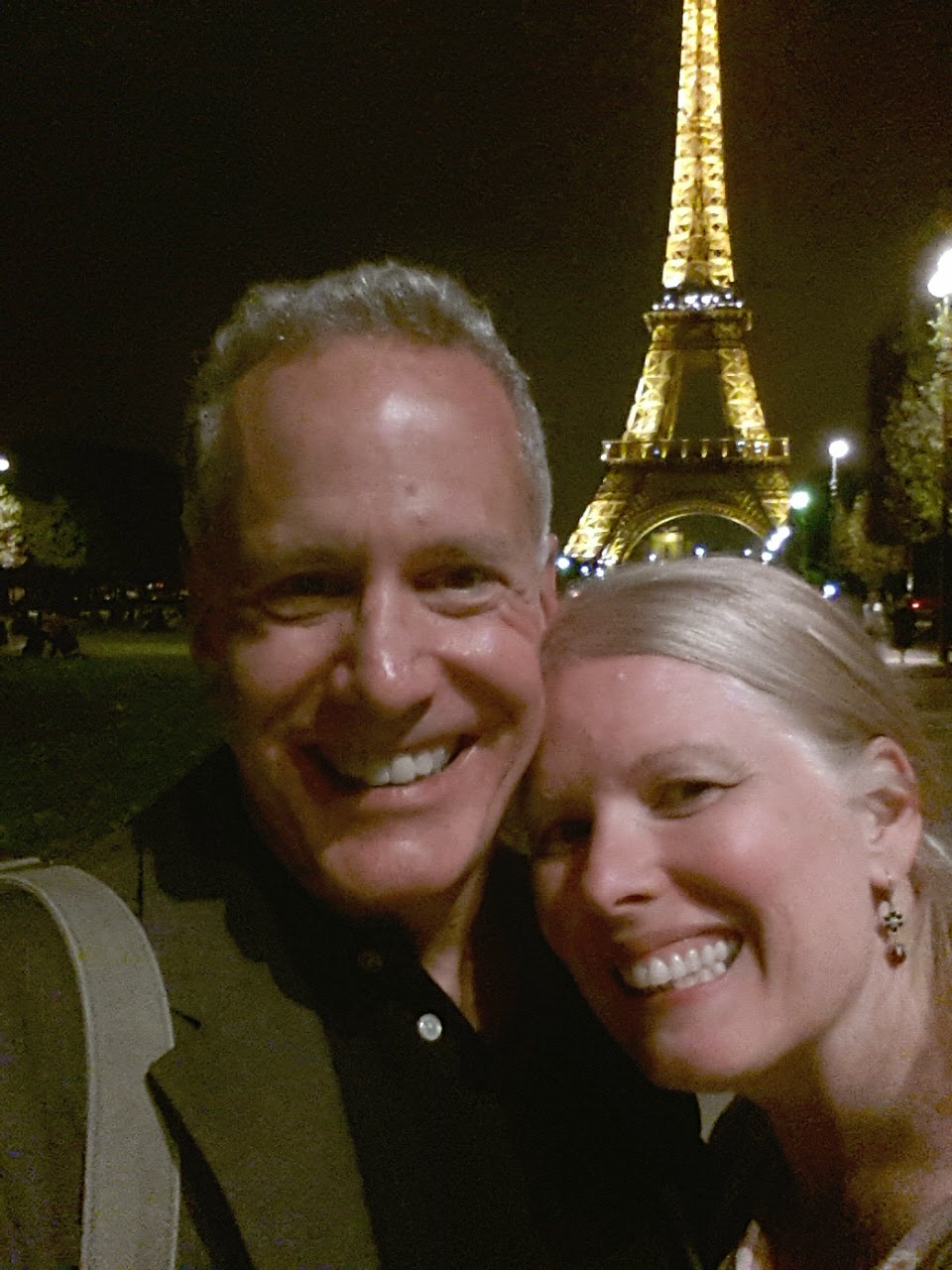 Okay, time to let the biggest cat out of the biggest bag ever.  Last September when Korbitz (that's what I affectionately call Adam) and I were last in Paris, while we were out walking on the left bank one beautiful evening, we happened upon two small streets near St. Sulpice that had been blocked off for a very large, very festive party.  Little did we realize we had happened upon the 70th anniversary party for one of the City of Light's most august publications, Le Parisen, which was published for the first time right after the liberation of Paris in 1944!  After partying a little (well, a lot), we struck up a conversation with a few editors from the paper.  One thing led to another, and . . . 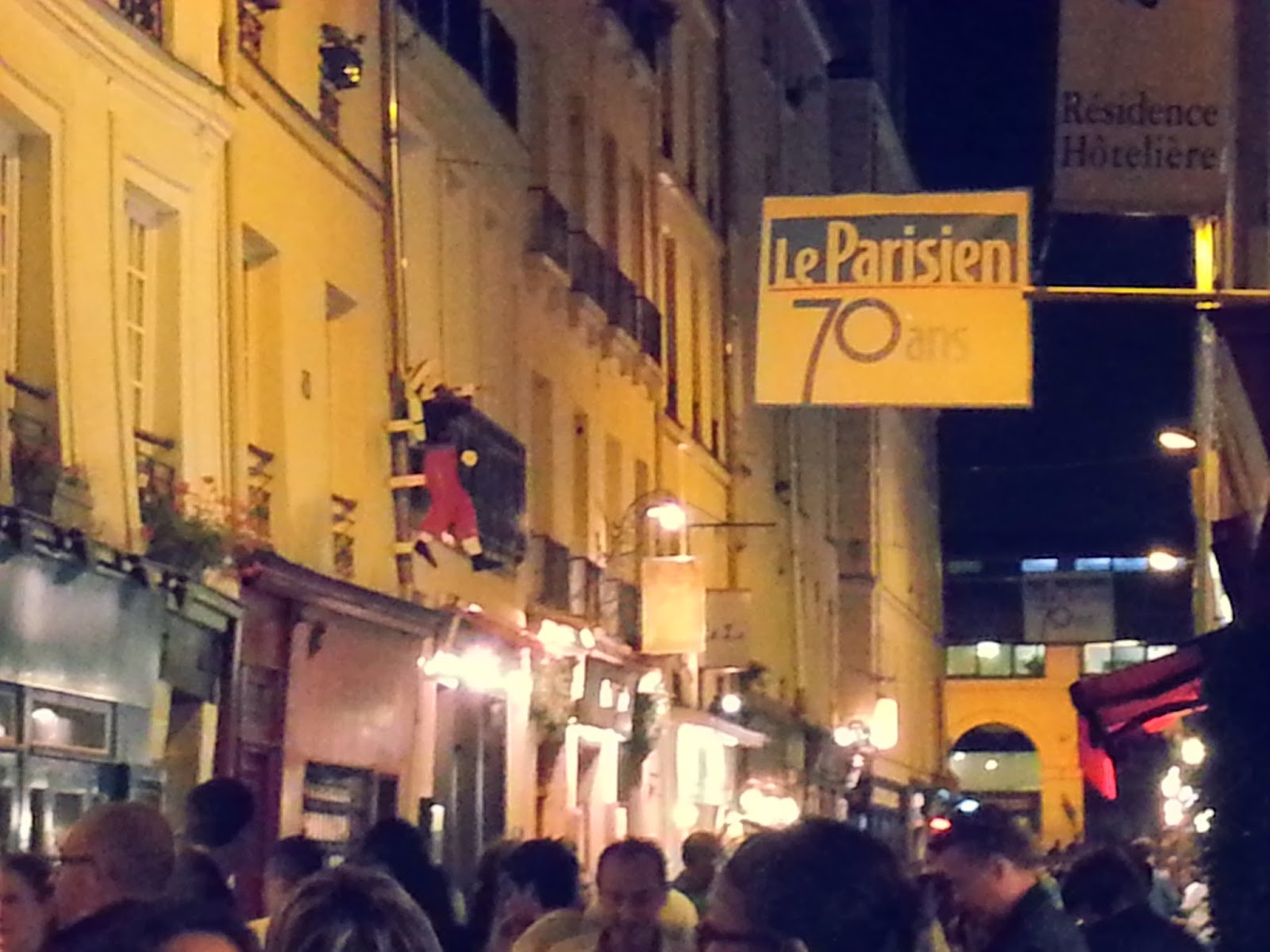 Starting later this year, Korbitz and I will be spending twelve months in Paris as Le Parisien's guest American correspondents!  Yes, they were thrilled to know that Adam was recently published, and that we have traveled at least yearly to Paris for a long time now.  To commemorate the 70th anniversary of the Allied victory in Europe in 1945, our mission will be to help Le Parisien celebrate uniquely American contributions to modern French culture. 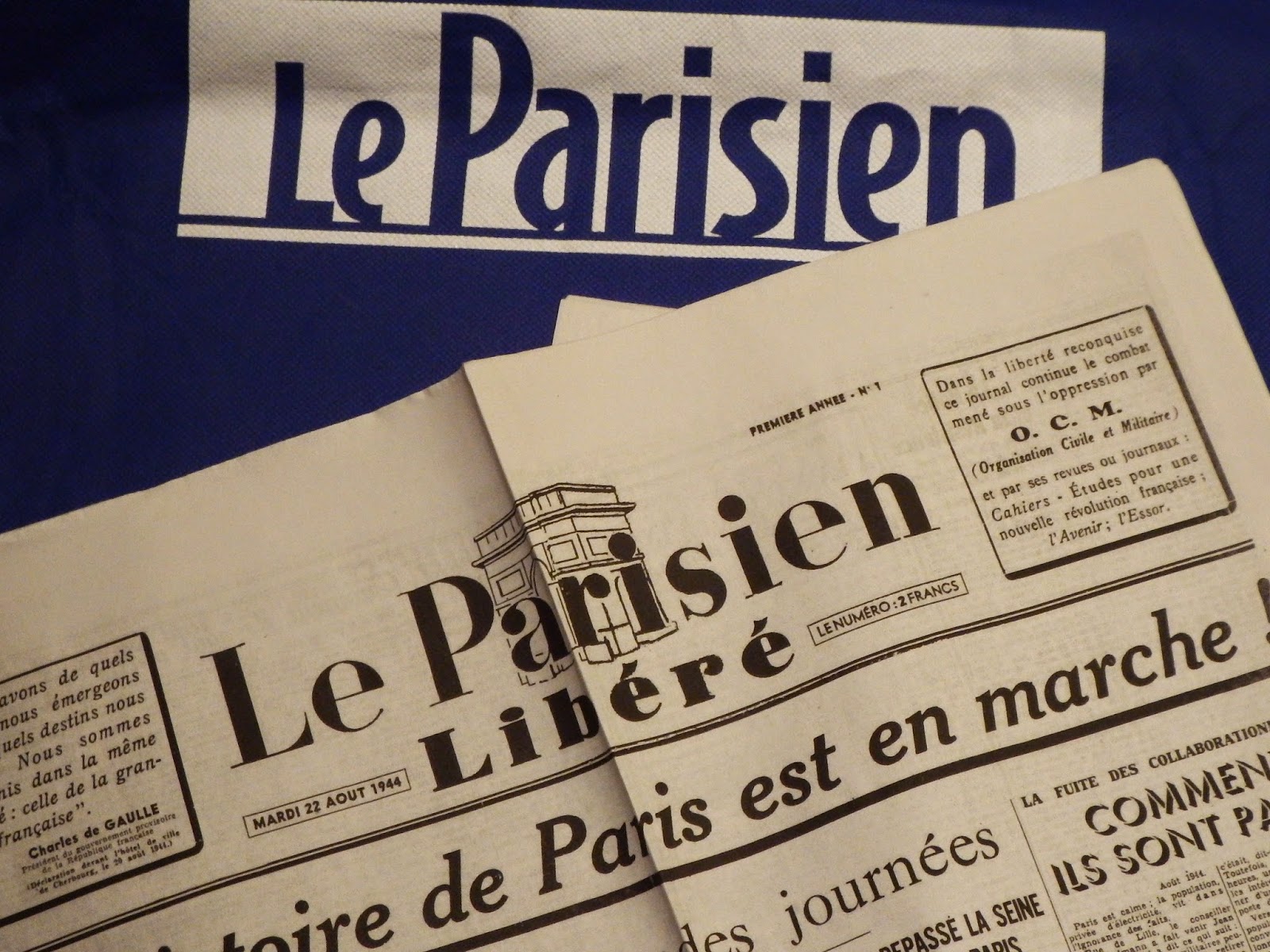 Yes, contrary to popular belief here in the United States, the French love Americans and all things Red, White and Blue.  For example, they are huge fans of both Jerry Lewis and Walt Disney -- especially Disney, who brought the French the aesthetic wonders of Euro Disney.  (Who needs the Louvre?  After all, it's so stuffy.)  Did you know Disney is actually a French name?  That's right -- it's a contraction of D'Isney, which means "from Isney (France)."

Similarly, as any one who was frequented a French cafe recently already knows, the French have become huge connoisseurs of American whiskey, especially Jack Daniels, which is now ubiquitous in Parisian drinking establishments!  Did you know the founder of that Tennessee distillery immigrated from France under the name Jacques D'Aniels? (You got it -- he was from Aniels, France!)  Even McDonald's, which has popped up everywhere in Paris (and which is much loved by French culinary experts) has a French Connection -- who doesn't know it was founded by M.C. D'Onald, whose family originated in Onald, France! Or that McDonald's has recently made french fries all the rage on Parisian dinner plates? 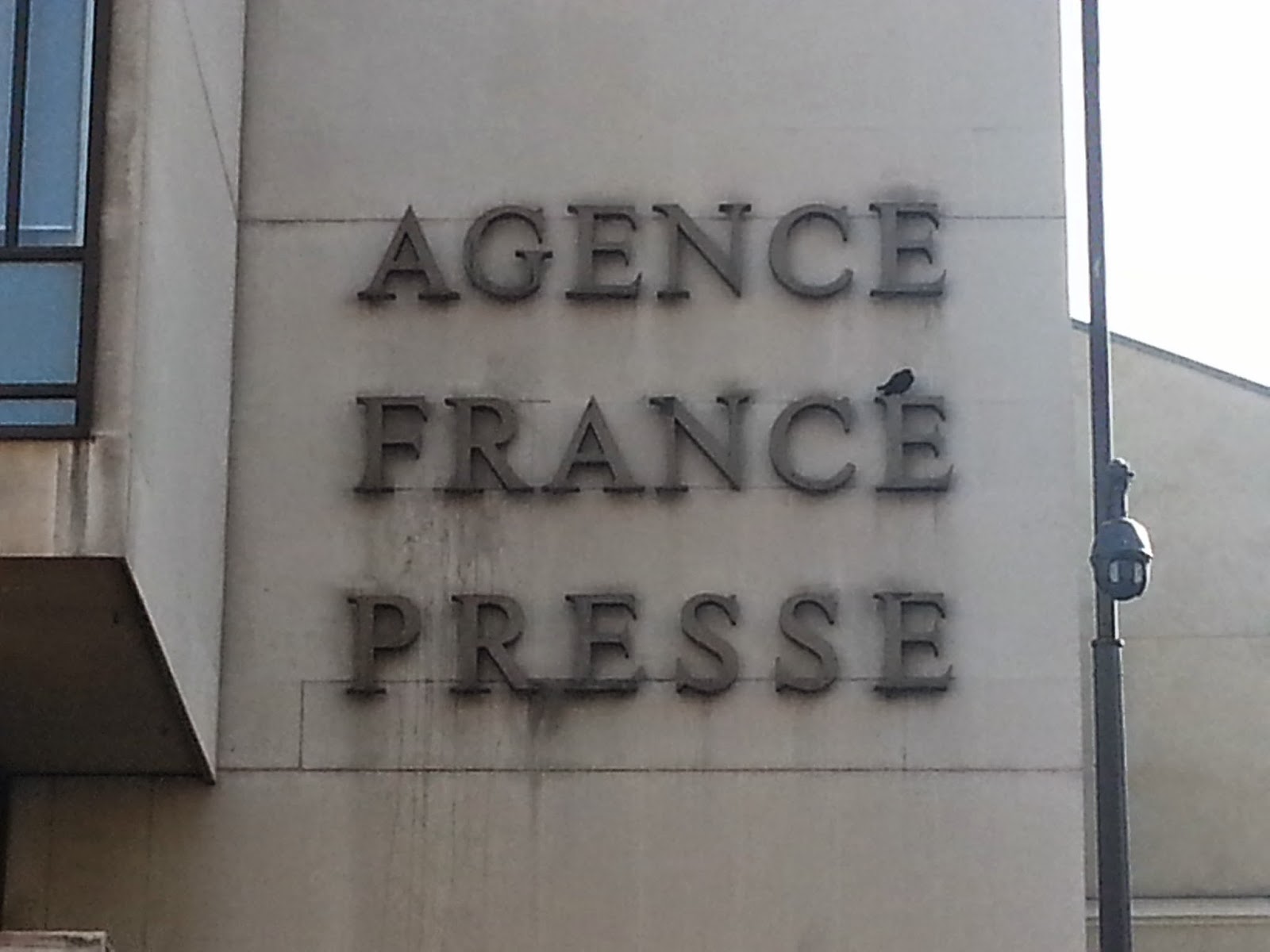 We are thrilled beyond words by this opportunity to educate the French about the many enlightened benefits American culture has brought to them since the war.  We were initially concerned we would be a poor fit for this assignment.  Because our French language skills range from the atrocious to the nonexistent, we thought we would have difficulty communicating with Le Parisien's readers.  However, we have been assured that the paper wants someone for this assignment who speaks with an authentically American voice -- they love the sound of what we do to their language when we try to speak French! 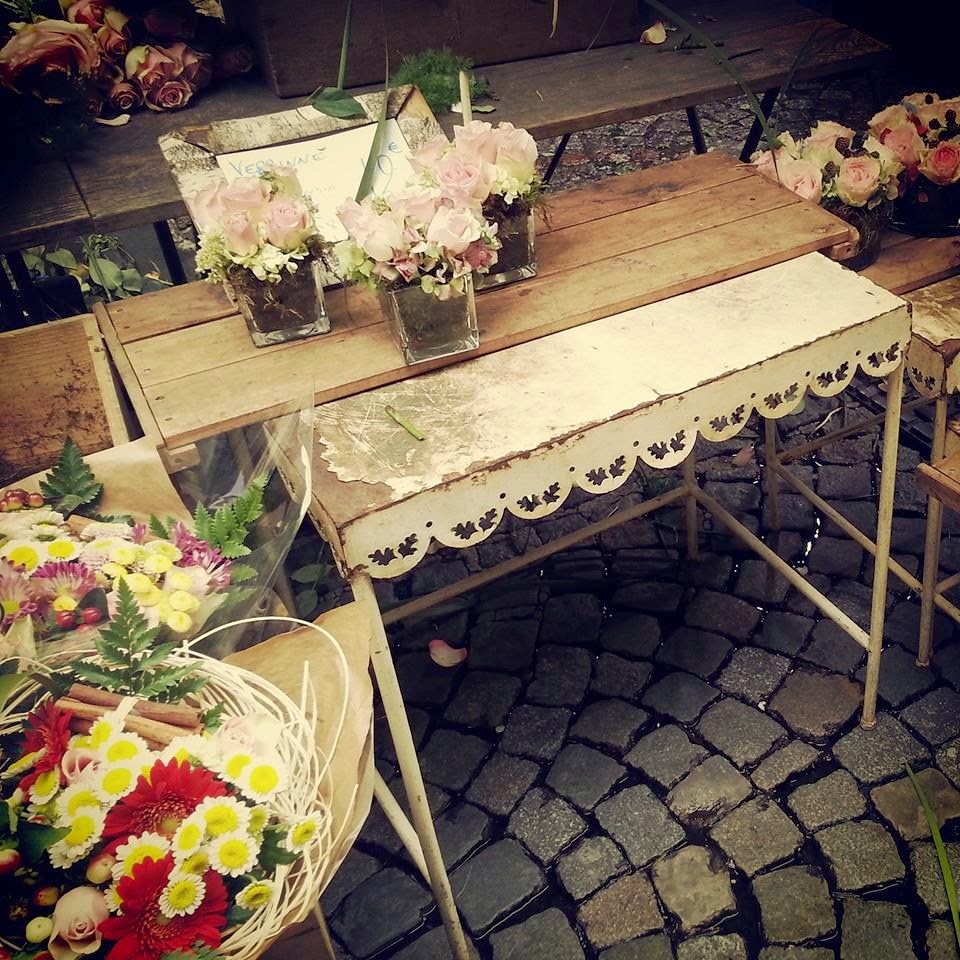 
Posted by Anastasia Korbitz at 5:00 AM