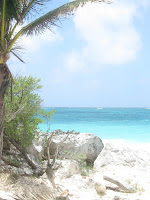 Summer love is the sea:

It's the lapping of the white-capped, blue waves that tussle and turn about the shells. Listen closely and you can hear these abandoned crustacean-maisons make little chime-noises while knocking against each other as they settle in the sand. 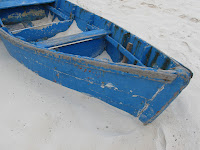 It's the warmth of the yellow sun that bakes the waters just enough for you to swim comfortably so you can float gently on the waves, wrestle with them, or follow their tides.

It's the little granules of sand that have been dug into, built into walled fortresses, laid and picnicked on, or walked upon by the bare feet of many from early in the morning until late into the evening. 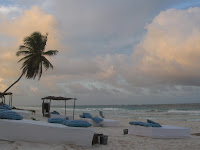 It's the vastness of the waters and the memories that last far long after you have left her shores....

It is for these reasons and many others that we have such a fondness for the sea, so much so that we often choose to decorate our homes or maisons in its colors. We want so much to live among the colors that remind us of being at the edge of these waters.....

FYI . . . it's not too late to get your passport for our "A Package From Paris" adventure -- we still have a few left!

Capture the colors and textures of the sea at our August "Maison  by the Sea" Market: 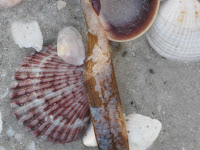 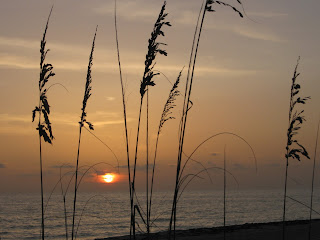 Posted by Anastasia Korbitz at 10:02 PM