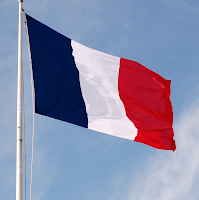 Saturday, July 14th is the French equivalent of America's Fourth of July.  Officially known as La Fête Nationale (The National Celebration) and commonly as le quatorze juillet (The Fourteenth of July), it seems only residents of English-speaking countries actually refer to it as Bastille Day. 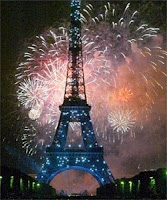 In any case, it's essentially France's patriotic "Independence Day," celebrating the occasion in 1789 when the residents of Paris stormed the infamous Bastille prison, freeing the inmates and marking the beginning of the French Revolution and the end of the Ancien Régime.

The Fourteenth of July has been an official holiday in France since 1880.  The modern French celebrate it as we do our own Independence Day, with fireworks, festivities and military parades.


Confectionique won't have any fireworks or parades this Saturday for Bastille Day, but we'll celebrate it in our unique Confectionique style as part of our July "Par Avion-Faraway Places" market.


There may even be a few humorous surprises, and a few tasty ones . . .


Anastasia and Jessica
Posted by Anastasia Korbitz at 6:05 AM