My ship was sinking... 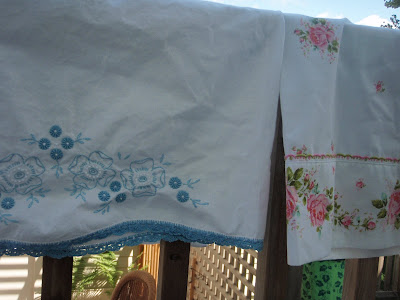 So I felt all inspired Friday and was gearing up for an evening and Saturday filled with moving around our family room area and my crafting space when suddenly, it hit.
I was bopping around at what felt like the speed of light, picking up random toys, a forgotten sock, a missing library book-all in preparation for my big plans for my husband and I to re-vamp our space when my stomach got that certain feeling that something just wasn't right, that sea sick feeling, only my feet were firmly planted on the ground. Then my two older boys mentioned that they weren't feeling well either. I was sure that they were only procrastinating from going up to bed. Finally, they headed upstairs (after the that's 1, that's 2...).
Not more than 2 minutes had passed when the first mate lost his dinner down our carpeted stairs as he ran for the captain. Then, a call from the top of the ship from another crew member-"I'm gonna ....!" Over the side of his bunk the second man lost his dinner. The term "Mess hall" took on an entire new meaning. My husband rescued me by cleaning up the 2 disasters and I took to making sure our daughter and her dear friend (who was over for a sleepover) were surviving the rough seas. Check. They were fine and going to sleep. I then checked on our youngest seaman (our 2 year old) to make sure he was weathering the storm. I wasn't feeling so great myself but only mentioned to my co-captain. Within an hour, I found myself finding shelter in the nearest bathroom...for several hours, wishing that someone could pull me in from the waves.
I finally made my way back to the youngest seaman only to find my co-captain taken over by the virulent wave of vomiting that had overtaken our humble ship. Would we see the light of day? Would we lose the last two crew members plus our guest to this sickening storm?
5 am, still wide awake, the worst of it washing away, s-l-o-w-l-y. Then I heard what I dreaded from my bedroom door, "Mom, I don't feel so good." I sent my daughter's friend quickly home and apologized profusely to her mom for the future that may plague her family in the near future. She disembarked our little ship to the safety of her own home and now, it was time to help my daughter weather the waves.
24 magical hours later, we all survived and felt so grateful for feeling better after the hours of rest, saltines and 7-UP.
So, instead of revamping my space, this is the tale of a fateful trip my family and I weathered over the weekend. Now, the beacon of light shines from my crafting space, sending signals of despair in hopes that I will return.
Here's to feeling better and may your crew stay healthy!
Safe Sailing!
Jessica
Posted by Anastasia Korbitz at 10:56 PM