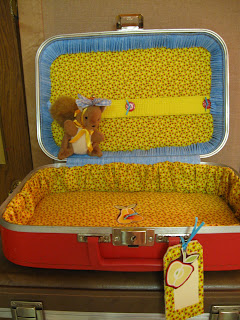 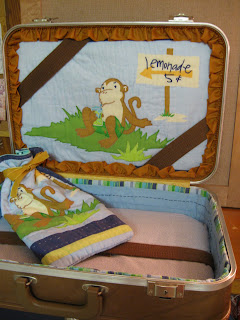 Hum, hum over the tracks the Amtrak train moved from town to town. Starting in Portage, Wisconsin and traveling across the landscapes of Minnesota, North Dakota, Montana and the very tip of Idaho. My final destination was to be California. But somewhere between Dakota and Montana it was snowing quite a lot. Due to the need to have the tracks shoveled, the train sat at a halt until the tracks could be cleared. This certainly caused the train and it's travelers to fall painfully behind schedule. I didn't really seem to mind - at first. I sat in the window car and watched the snow fall into a lovely valley and listened to my cassette tape of Tears for Fears. After several hours I could hear the rumbling of my stomach over the rumbling of the engines.
We were all doing okay until the delay lasted so long that we were a choir of growling bellies and kids crying that they were hungry. The vending machines were all empty of anything edible and the dining car had a "closed" sign on it. The crowd was growing restless.
The delay lasted for 12 hours. We were reassured by the crew that we could be moving along shortly. Their reassurance didn't pacify our stomachs. Just when we began reading one another last rites, making decisions about organ donation and re-writing our wills, the train began to move. We all shouted for joy, "We've been saved!" Through the excitement, we forgot that we were nearly starving to death, but over the loud speaker came the message from the engineer, "We will be stopping in 'Whatever Town' which is located in the middle of 'Nowhere' for food." Oh the celebration we had, jumping up and down, "We aren't going to starve after all!"
The train did stop in 'Whatever Town, Nowhere'. We all pressed our faces against the windows glaring at a pickup truck with boxes, boxes and boxes of Kentucky Fried Chicken. It was the best, most scrumptious KFC I ever had! It bordered on gourmet. I practically sucked the marrow out of the bones. We all sat together in the passenger car, licking our fingers and having survived near-starvation, now full and happy.
It's true that, plan as we may for our vacations, something unexpected seems to wiggle its way into even our most planned-out plans, but isn't that what vacations are all about? I'm hoping these children's suitcases will someday hold the memories of unexpected adventure.
Bon Voyage, Anastasia
Posted by Anastasia Korbitz at 10:28 PM